On a late Sunday night, my boyfriend and I were strolling around in Leicester Square trying to find something for dinner.  Not feeling the mood for having Chinese food, we walked over to the VUE cinema, hoping to find a nice movie to watch with popcorn for dinner.  To our surprise, we passed by a Haagen-Dazs and had the sudden urge for an ice cream fondue.  Yummm!

As we were anticipating the arrival of our chocolate fondue set, I can’t help but notice the other indulging sweets on the menu.  From ice cream macarons to a complete Haagen-Dazs Afternoon Tea Set, I was in complete awe of the changes and improvements Haagen-Dazs has made since 2 years ago when I last visited.  I believe that I will be in Haagen-Dazs again in the very near future (quite possibly within the coming week, whoops :P)

The Haagen-Dazs Chocolate Fondue came with 16 mini scoops of ice-cream, chocolate macadamia brownie pieces, vanilla chocolate chip cookie pieces and a selection of fresh fruits for £22.  I personally think that this is a rather good bargain as we sat there for almost 2 hours and leaving with a very full belly for £11/person in central London. 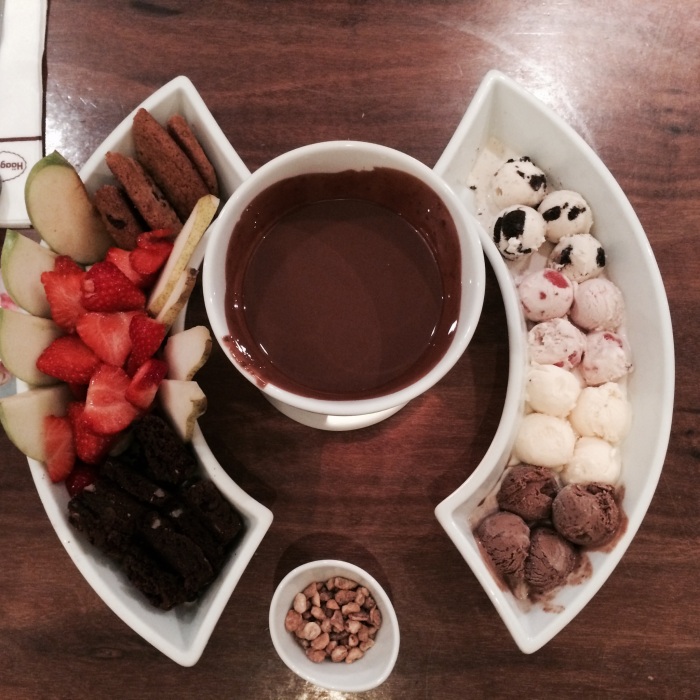 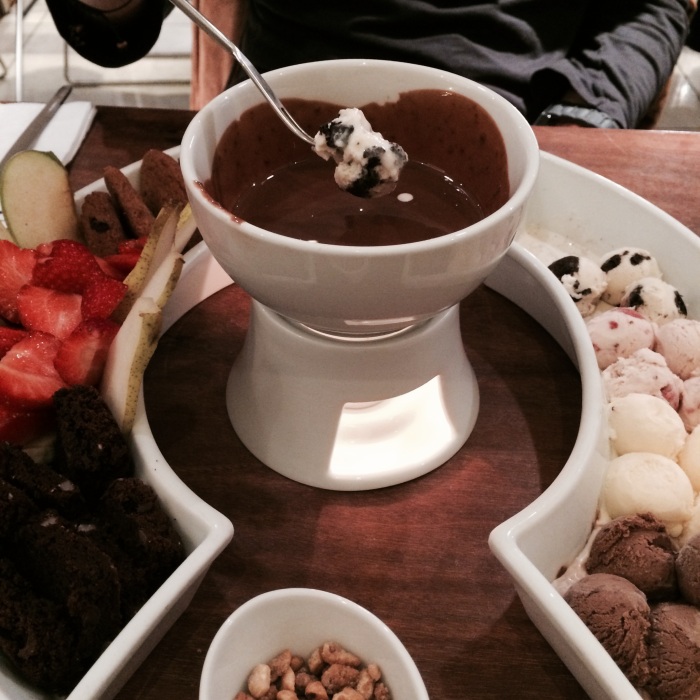