Who would do this to a puppy? was my first feature writing piece for my university assignment.  Through Apollo’s story, I had hoped to remind potential owners to think twice before getting a pet, and to raise awareness towards animal cruelty.  I would appreciate it so much if you could give me feedback on this piece :)

Who would do this to a puppy?

“Basically, he would’ve been dead if you hadn’t brought him in.” said Alba Sanchez

Looking into his innocent puppy eyes and now healthy body, poor Apollo was probably unaware of the life-threatening state he was in just a month ago.

Just one month ago on the day of Chinese New Year, business student Jeffrey Cheng received a text from the poodle’s owner saying that she had gone back to Hong Kong and asked for his help to take care of Apollo for ‘just a few days’. Jeffrey heard whining coming from the owner’s room, and went to investigate. There he found Apollo, coat matted, confined within the room with only half a bowl of dog kibble and no water. As Apollo was given fresh water, he lapped it all up eagerly and stared at the empty bowl, pleading for more. As Apollo’s coat was too long, we were unable to assess his health condition.

With his owner gone, Apollo was then under the care of Jeffrey. As he was unable to withstand the horror of Apollo’s coat condition due to the long-overdue grooming that Apollo required, Jeffrey got permission from the owner to groom Apollo. As I was the first person available, I volunteered to take Apollo to Purplebone, the posh pet grooming shop located in Nottinghill Gate.

What happened next was even more shocking.

The professional groomer assigned to assess Apollo’s coat condition, Marta Kilinska, advised that he needed to have his entire coat shaved, as it was virtually impossible to de-mat. Judging from the condition his coat and nails were in, he probably had not been groomed for two months.

The groomer suggested that the grooming would take approximately two hours, I went back to pick Apollo up accordingly, but what I came back to was a little bald monkey with only a bobble of fur as his head, and the staff of Purplebone advising me to leave him with them as he was severely malnourished.

“When Apollo was brought in to us, my first thought was ‘oh my god, we need to call the RSPCA’. He was just skin and bones. We have this dog in store, and he was clearly malnourished. After talking to our manager, we decided that we could not let him home because he was in such bad shape and his owner wasn’t in London,” said Alba Sanchez, who graduated from Oxford College in Professional Canine Studies, and is now working in Purplebone. As responsible professionals in the business of animal caretaking, the manager and owner of Purplebone had sought legal advice from their lawyers and the RSPCA on the protocol to deal with this incident. “Basically there was nothing we could do apart from reporting the owner when she comes back to London,” Sanchez continued. “When I first phoned the owner, the day after you brought Apollo in, I had to talk to her on the phone for an hour before she accepted that we just had to keep the dog. Basically, he would’ve been dead if you hadn’t brought him in.”

The morning after taking Apollo in, Sanchez brought him to the vet. Besides not having a microchip which is illegal in the UK, the vet report indicated Apollo was just ‘a tad away from starvation’, and that his teeth were in really bad condition from eating too much ‘garbage’ (food a dog should not be eating), commented Sanchez. “He has also shown signs of stress and anxiety when he’s left alone, so we never leave him alone.”

Purplebone’s Professional Groomer, Marta Kilinska, was responsible in the caretaking of Apollo until his owner returned to the country. “He [Apollo] knows we have a routine everyday. When we wake up, we have 20 minutes of pure playtime and breakfast, then we put on his clothes and leash, and he knows we are going to work together. He knows he’s not allowed to go out without his clothes on, so he waits for us to put it on before going out and coming home. We even have a fund for him, donated by our customers to buy him treats.”

I have been to Purplebone several times throughout the month to keep an eye on Apollo’s journey of recovery. Being in better hands for a month meant weight-gaining and an improved lifestyle. Being one of the cleverest dog breeds, Apollo was taught to get in a leash, and was successfully toilet-trained in the arms of professionals.

According to Purplebone, in the three weeks that Apollo’s owner had been away from London, she has only contacted them once over the phone, which was on the second day Apollo was placed under their care. Furthermore, she has failed to show up three times in the two weeks since she was back in London for a scheduled meeting with Purplebone to discuss Apollo’s future.

As the previous owner has failed to contact Purplebone immediately since she was back in London, Apollo has now been temporarily rehomed to live with Tim, ex-employee of Purplebone, in Surrey with four other dogs and a big garden.

Sanchez advises potential dog-owners that a puppy needs all the time, attention and patience that you’ve got, and that all dogs in the UK must be micro-chipped. Socializing your dog at a young age is crucial, but make sure your dog has all vaccinations up to date before introducing them to other dogs. You should be able to ensure that you could bring your dog on at least one or two walks a day before you get a puppy and be sure to be able to provide a clean living space for them.

Furthermore, Sanchez highlights the effect on the temperament of the dog if they were not properly cared for as a puppy. “They may show signs of stress, anxiety and fears that would follow them into adulthood. They could become more aggressive, but it depends on the breed, it’s a matter of whether the dog would be scared and run away, or scared and attack. In Apollo’s situation, his muscles are clearly too weak, and he shows many signs of stress, he hates doors too, probably because he was always trapped alone in a room.”

According to the RSPCA website, “the number of pets being abandoned has risen by 65 per cent from 2007 as owners struggle to afford to look after them… and more than 100 pets are being abandoned every day in Britain.”   Moreover, the 2013 annual Stray Dogs Survey released by Dogs Trust, the UK’s largest dog welfare charity, reveals that 111,986 stray and abandoned dogs were picked up by Local Authorities across the UK over the past year, which is equal to 307 stray dogs being found every day.

For those who are considering on getting a puppy, how many times have you looked into those cute puppy eyes and thought to yourself, ‘I would love to bring him home’? Apollo’s puppyhood story is not only a tragedy, but serves as a reminder to potential owners that getting a dog is a life-long commitment which requires thorough consideration.

Apollo is one of the lucky ones, he was given the necessary care and attention before he died from starvation. Everyone needs to play a part in ending animal cruelty and the protection of animal rights by taking a step forward in reporting what appears to be animal cruelty, these could range from horrible living environments to the negligence of pet owners. 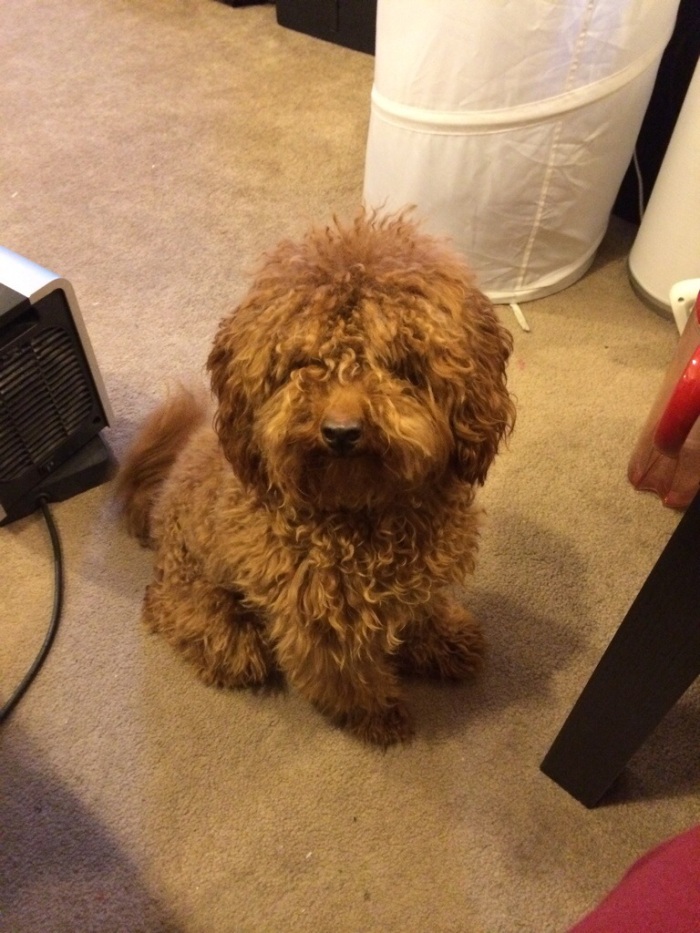 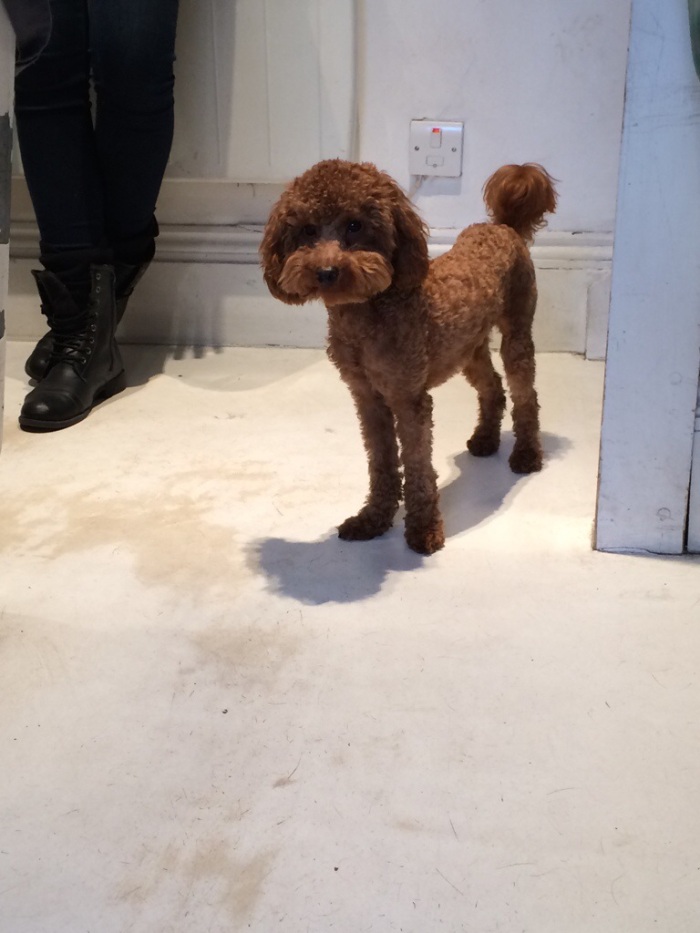