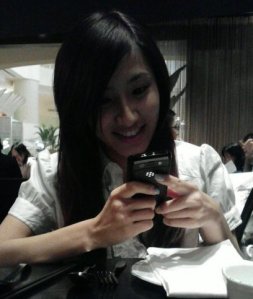 Do you stare at your phone too much in social situations?

People are simply either addicted to playing games on their phone or addicted to chatting with other people via social media platforms.  At least one person in your group would probably be one the phone at any one time.  Three students from Singapore have created a phone app game that rewards you for not touching your phone during social situations.

Apple Tree works by getting two or more users of the app to put their phones together during social situations.  The phones are then deactivated, and a virtual apple tree starts growing.  The longer you ignore your phone, the larger the tree grows, and the more fruits you get.  This idea is quite similar to the app Forest, however, Apple Tree incorporates social elements to it, making it more fun for its users.  The more fruits you grow, the more real-life rewards you get in the form of discounts.

I don’t think this app is available in the UK iTunes App Store yet, but do let me know if I’m wrong ;)

Apps like this gives us the platform to reflect on what social media has created in this society.  It appears that people build social connections through social media platforms nowadays, rather than through more traditional forms of communications such as actual social gatherings.  Are these really healthy social relationships? – or should we reflect on this phenomena and change how we establish relationships with our friends and family? x

5 thoughts on “Do you stare at your phone too much?”